New research from NewsWhip suggests that political news is the trick for news outlets to increase their Facebook engagement, but that partisan sites are outperforming mainstream news outlets on Facebook in the first months of Trump. They argue that new features will only reinforce the Face’s centrality to activism in the future.

Microsoft Transparency report suggests that the US Govt is asking for a lot more information about less people (from 2015-2016).

A new paper from@MForstater ‏ questions the appropriateness of key tools for corporate transparency, arguing that country-by-country reporting and public registries for corporate ownership might miss the balance between transparency and privacy.

@samdubberley  writes that digital human rights researchers aren’t being protected from the “vicarious trauma” of having to look at the worst humanity has to offer on a computer screen all day long. #responsibledata

The RDF blog has a new post by @ARGohdes which collects and links to readings on  quantitative measures of human rights, and mentions a “lively and ongoing debate,” but fails to summarize or describe it. Still, good reading list.

The Policy and Internet Blog has a post and interview on the representivity of Twitter data, noting that it doesn’t and it can’t. Yes. Links to a paper demonstrating the same through “multivariate empirical analysis of the digital divide among Twitter users, comparing Twitter users and nonusers with respect to their characteristic patterns of Internet activity and to certain key attitudes.” Thank you.

The Economist’s daily chart on Tuesday showing that “United bumps more passengers than any other large American airline”: 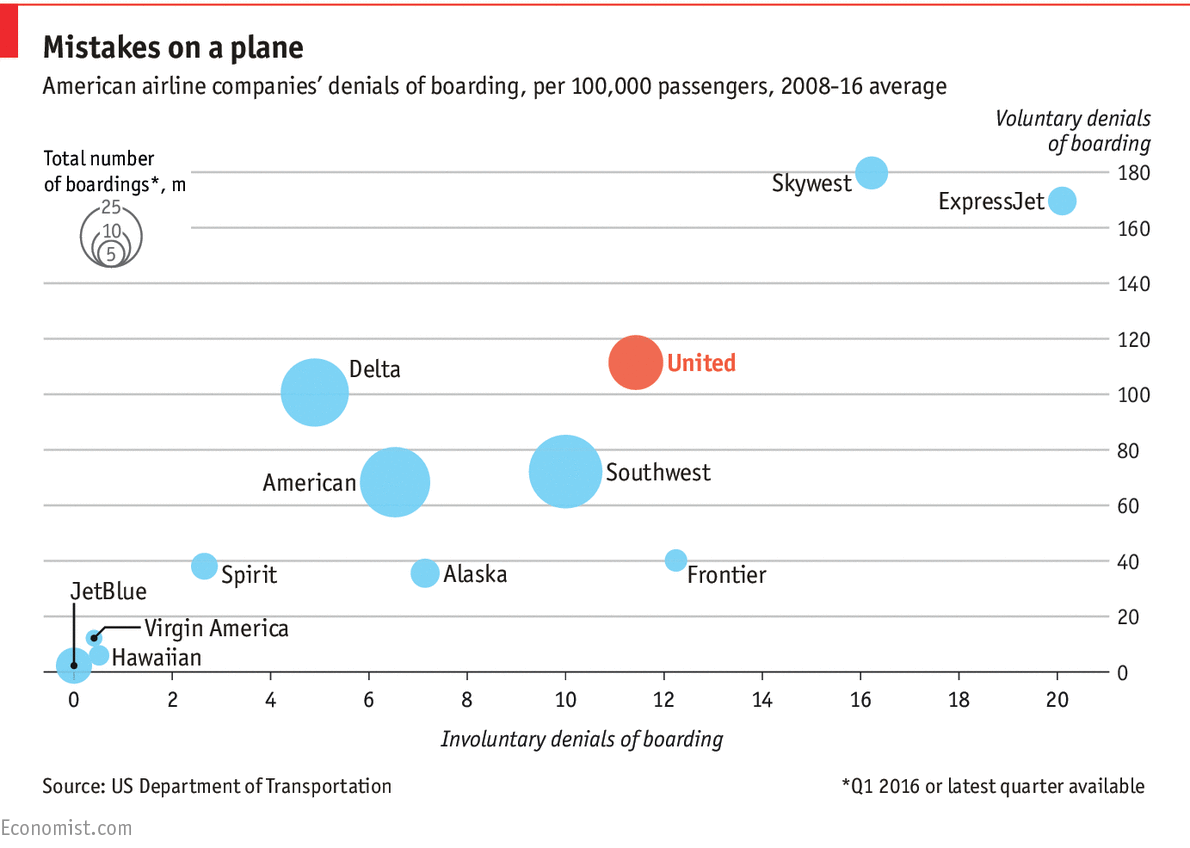