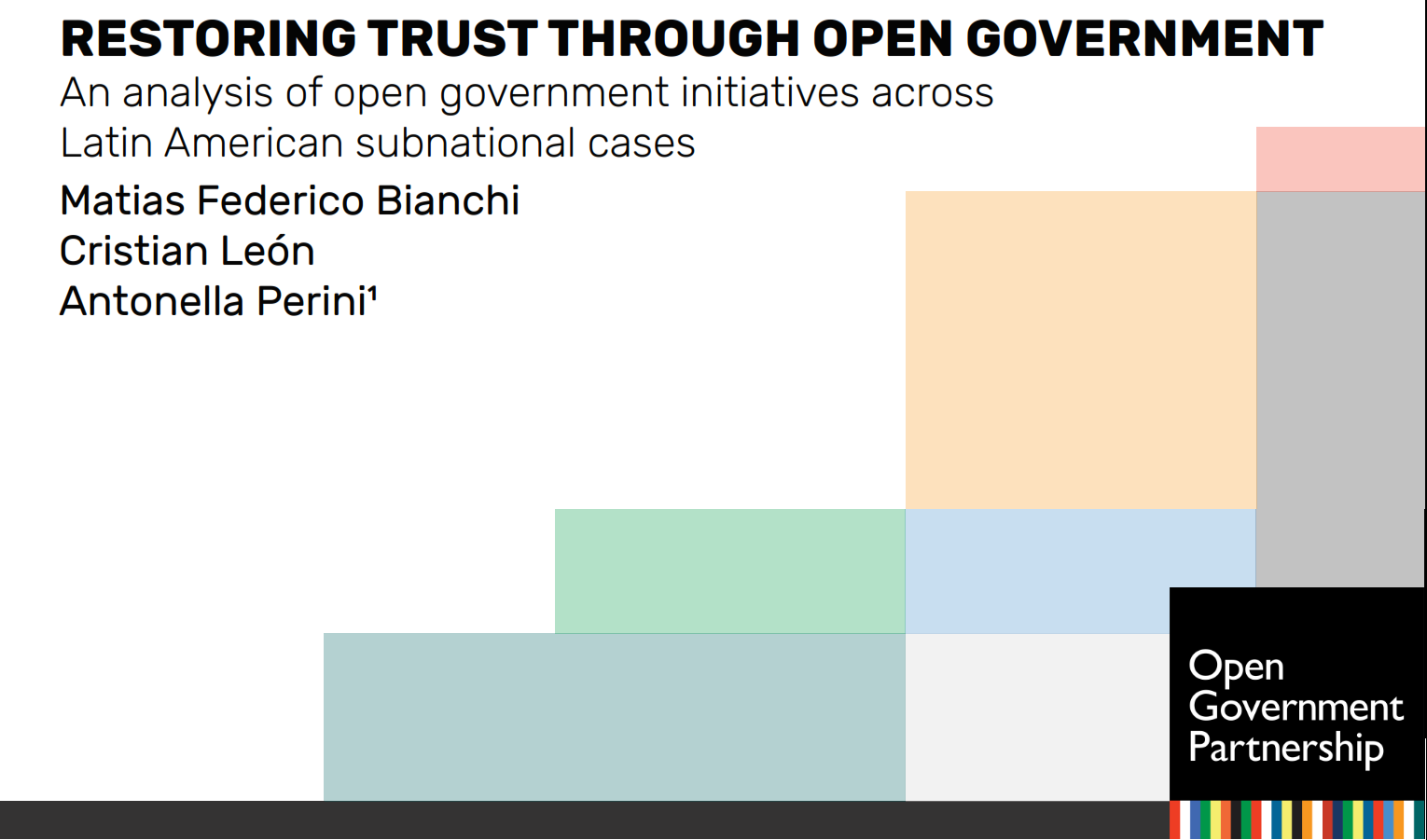 What is it?: Restoring Trust through Open Government: an analysis of open government initiatives across Latin American subnational cases (36 pg report presenting research findings from 9 cities, commissioned by OGP).

Main Point: Online interaction is bringing municipal governments and publics closer together, building trust in government in the process.

Where it’s coming from

I read this as part of OGP’s international campaign to position open government as a policy mechanism for building trust in government, given the graphic branding and lack of any other info. The OGP support unit clarified that though it was commissioned to inform the Skeptic’s Guide to Open Government, it wasn’t used to that end, for the same quality reasons described below.

“The trust building process is incremental, and when a point of substantive interaction is reached these organizations become “trust brokers” that help the government reach out to other organizations and networks that they would not be able to otherwise. They share information to other organizations, they perform a pedagogical role of sharing information on public policies with actors that are usually reluctant to interact with the government, and finally they bring new actors and skills to collaborative spaces” (17).

This paper is an excellent example of why, for all its failings, researchers still use a peer-review system. Any peer review process would have necessitated major revisions if this were to be published at all. In part perhaps because of petty academic politics, but also because as presented here, the paper is misleading and the findings cannot be trusted.

The link between open government and trust is conceptualized as produced through interaction with government (though loosely, see below), and operationalizes this by looking at three “mechanisms”, including a specific programming modality (deliberative participation) and two loosely defined concepts (institution-based trust and process-based trust) (6).

9 initiatives were selected, each from a different Latin American city, and two interviews were conducted for each city (one with civil society, one with government). An online survey was then distributed to 37 civil society leaders (no data on country distribution), and network analysis was run on 3 months of tweets that mention the official accounts of subnational governments. No theoretical framework or method is used to integrate analysis of these data.