Meanwhile,  recent research on @mySociety‘s WriteToThem platform suggests that UK members of parliament are more likely to respond to citizen messages if they are represented through constituencies, rather than party lists. That link is to their blog summary, if you want to nerd out on the deep deep deep weeds about the differences between the different types of UK electoral mandate MMM and MMP, you can check out the paper published in Parliamentary Affairs.

From the depressing findings desk, it turns out that placing international NGO headquarters in the global south can hamstring advocacy efforts in host countries. This from an Oak Foundation-contracted evaluation of “the internationalization strategy of a leading human rights organization.”

And lastly, relevant to a lot of progressive thinking in ICT4D, an review of 25 impact evaluations by 3IE suggests that Community Driven Development programs “have no impact on social cohesion or governance” and are prone to perpetuating inequities within communities and along gender divides.

In deep case work on Iceland’s crowd-sourced constitution, “analysis shows that almost 10 percent of the proposals submitted by the public generated a change in the draft text, with public participation having a particular impact in the area of rights.” But this is almost certainly attributable to the particular political moment in which that crowdsourcing took place, which also resulted in failure to get the constitution ratified.

18 months of research from @Info_Activism  has identified 40 + tactics used by the “political data industry” to influence political opinions during campaigns.

Elsewhere, you can read about the “the confusion, fuzziness and dysfunctions” of e-government and accountability in Jordan Customs, electronic vouchers for farmers in Mozambique, media use and net activism in  Spain’s indignado movements., and a review of the work of  Anne Smith with video activism in New Zealand the 80s and 90s,

The inimitable @EthanZ blogs on Six or Seven Things Social Media Can Do For Democracy, which is modelled after Schudson’s essay journalism, and proposes that what we actually want from social media is tools for informing, amplifying, connecting, mobilizing, debating, diversifying, and perhaps, for modelling the ways in which democratically spaces should function. His thoughtful essay closes with reflections on the potential (in)compatibility of these functions, their dark sides, and an invitation to discuss.

There’s a more applied angle in this blogpost from @BrookingsInst researchers, which lays out the multiple ways in which NGOs are using AI (finance, human resources, comms, sustainability, fighting abusive behavior, sustainability).

It warms my nerdy heart to learn of the existence of an e-journal on The Series of Unsurprising Results in Economics (SURE), designed to highlight and encourage the replication of “unsurprising” findings. “We publish scientifically important and carefully-executed studies with statistically insignificant or otherwise unsurprising results. Studies from all fields of Economics will be considered. SURE is an open-access journal and there are no submission charges.”

Lastly, the 19th Annual International Conference on Digital Government Research included some papers that look super fascinating but are all behind a paywall. I’m working on getting copies, particularly on the influence of political systems on open data initiatives in Brazil,  citizen engagement in Indonesian open election data, a systematic review of Brazilian open data initiatives, factor analysis on how public officials in Mexican municipalities conceptualize open gov, and the different conceptualizations of open gov among public officials and academics more generally.

This First Monday article validates a model for estimating the degree of active citizenship with Twitter data in the UK and the Netherlands. The find the model to be both faster and more robust than traditional measures, though “we found that Twitter usage specificities in each country ease or hinder the process, affecting the time to secure an indicator.”

Economist @marcfbellemare offers slides and links on measuring causality (great compliment to last week’s weeds and recent entries on contribution analysis), as well as some thoughts on when and how it’s appropriate to use the language of causality (ie, with policy-makers, maybe less so).

@apoliticalco has proposed a “four step framework” to avoid making common mistakes in project replication. It’s alright, but I encourage everyone to revisit the much more operational approach of Mechanism Mapping from Williams.

New Books I need to get

It’s hard not to see parallels between contemporary strategic advocacy and Quaker abolitionists when one pokes around, and the amazing story behind “The Fearless Benjamin Lay: The Quaker Dwarf Who Became the First Revolutionary Abolitionist” is a pretty amazing place to poke.

My favorite blockchain post this week considers the technology’s hype, complexity, and utility, and includes this lovely flowchart for deciding if you actually need it, or if something else will do just fine. 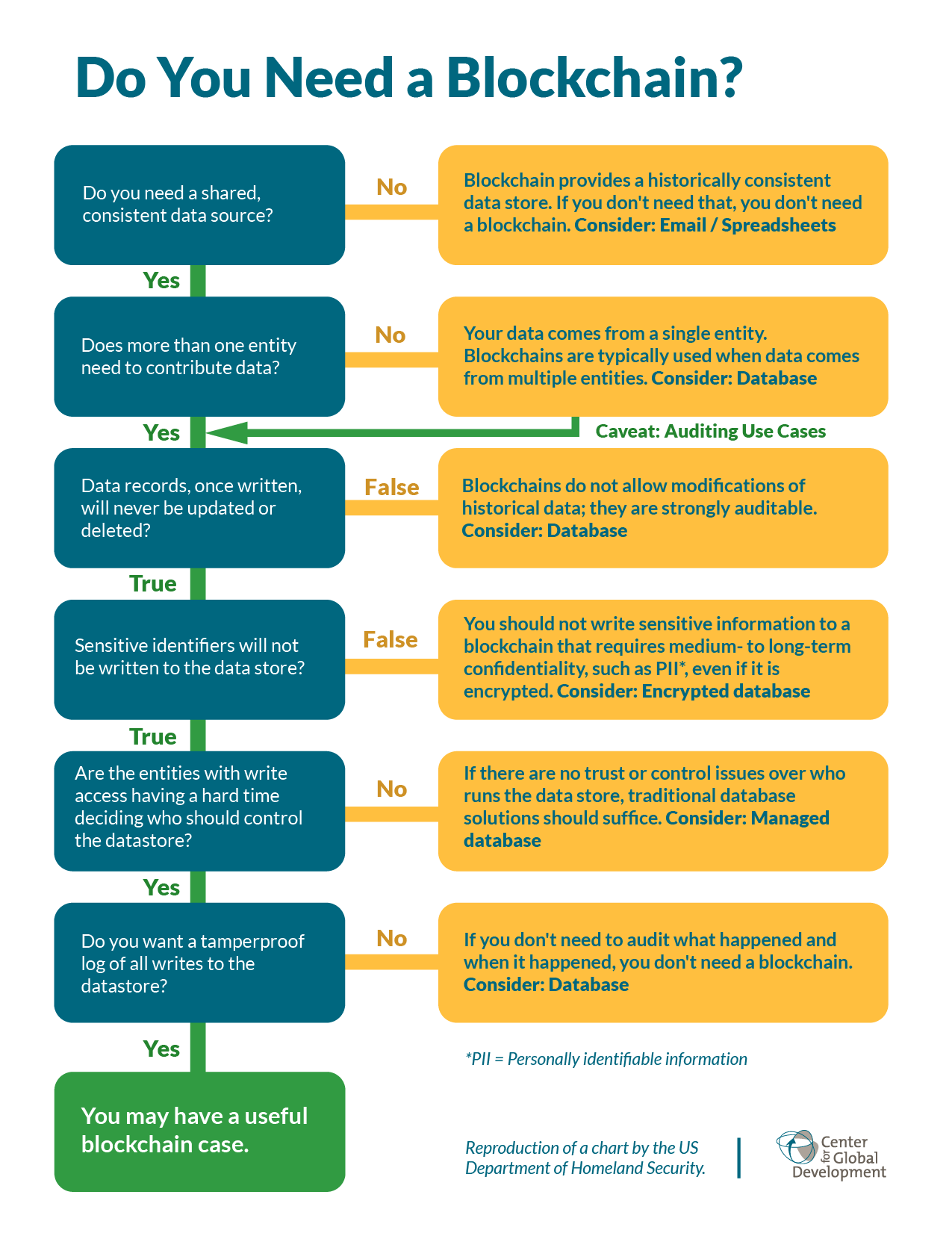